Construction in the North – The Nordic approach to building

The sparsely populated Nordic countries have many inspired, unusual and intelligently designed buildings. Danes, Swedes and Norwegians turned life in a harsh, cold, grey and wet climate into a way of life the rest of the world aspires to achieve. Construction in the North is truly worth a closer look.

Nordic customs centred on well-being, such as “hygge”, “fika” and “lagom” have become buzzwords. They are the subject of countless publications all over the world. How do Northern folk manage to lead a balanced, happy existence? How are they the happiest people in the world year in year out? Even though they get so very little sunlight, nature’s best and cheapest cure for a foul mood? In other words, what exactly is it that sets these nations apart?

For one, a deeply rooted appreciation for design, art and aesthetics. Their love of nature is nurtured from early childhood. The great, green and icy expanse of Scandinavia is treasured and respected by those who are lucky enough to call it home. There are no blasphemous edifices marring the landscape. There is no excessive cutting down of trees. It is a part of the globe that has historically led the way in sustainable living and continues to do so today. 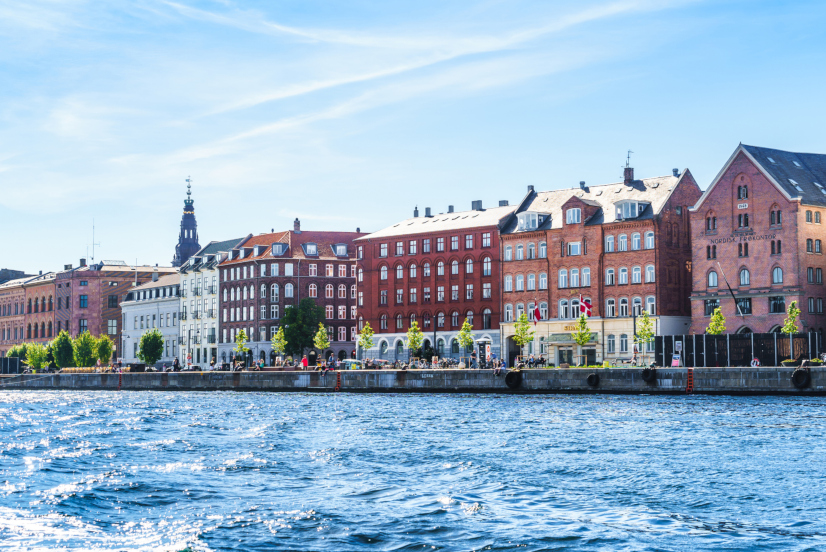 HOW DID THE SCANDINAVIAN STYLE COME TO BE?

Still, until the late nineteenth century there wasn’t much in the way of ground-breaking architecture north of Berlin. There were pretty castles, cathedrals and major buildings –  mostly in the styles the locals had imported from abroad.

The architect of the historical seafront neighbourhood of Christianshavn in Denmark’s charming capital, Copenhagen, designed it to resemble Dutch cities of the early 17th century. Local styles consisted of buildings by those who had not had any formal training. The buildings were often made out of wood, stone and brick. Their construction reacted to the challenges of being so far north – very little sunlight, lots of rain and cold, dark winters.

In the early 20th century formally trained architects began to reject the prevalent historical approch. These people combined new international trends and technologies with their heritage. They created a new, clean style. It would in turn influence the design of our cities and homes until this very day. Without the advent of Scandinavian minimalism in the early 1900s there would be no IKEA today.

Enter the 21st century. The creativity and engineering prowess of Nordic engineers and designers is at its peak. But the basic principles of Scandinavian design have not changed much since its founders established it in the early 20th century. This is what makes it so enduring and popular. The designs of Alvar Aalto, Arne Jacobsen and Jørn Utzon, big or small, have stood the test of time. Therefore, they have become classics in the most literal sense, not just defining cityscapes but also gracing countless homes across the globe.

Nordic states have been predominantly socialist since the 1930s. That structure stands to this day. It requires quality housing for all. Public buildings must be made accessible to anyone. The lack of sunlight ensured that whatever was built had large windows and was open to the outside. This practice resulted in beautifully lit, human-scaled spaces.

All these design principles dictate that the product (or building) be functional. It must have simple and clean lines, exist in harmony with its environment and last, rather than be replaced. The cruelty of Nordic nature doesn’t allow for much leeway, so functionalism made perfect sense. The limited availability of materials means that those at hand need to be moulded to perfection.

The cornerstones  of Scandinavian design:

Even now, the greatest minds from Scandinavia design to foster a harmonious relationship with nature. They make efficient use of today’s technological advancements. Beyond gracing their own homelands with beautiful buildings, Nordic architects have left their mark all over the world.

For example, the sculptural Sydney Opera House is one of the most distinctively looking buildings in the world. It was built in the 1960s, but its graceful form could have just as easily been erected today. The architect was Dane Jørn Utzon. 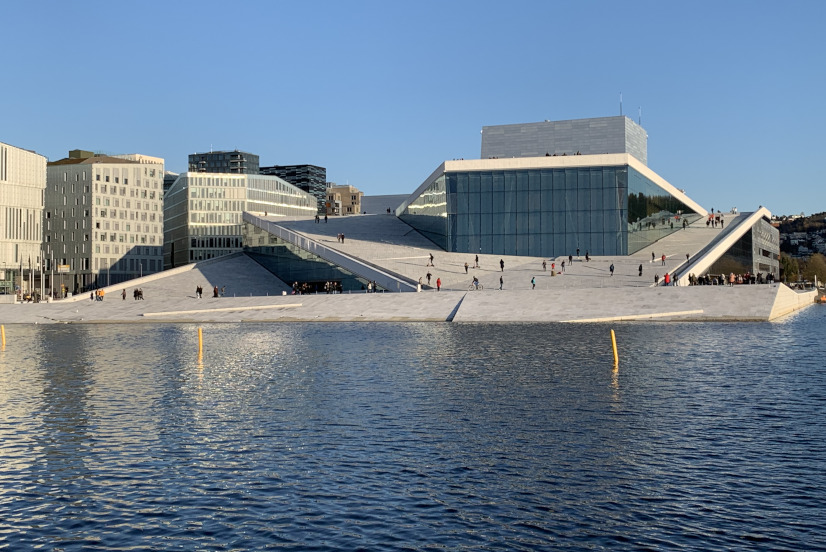 Today´s roster of creative Scandinavian minds also has a lot to offer. Not to be outdone by a design from the past, Oslo´s studio Snøhetta (named after a mountain in Norway) created a spectacular opera house for the modern age. Rising from the waters of the Oslo Fjord like a cracked iceberg, the Carrara marble-clad Oslo National Opera and Ballet House is one of the most breath-taking buildings of the early 21st century.

The attention to detail and craftsmanship involved in the design of this monument to art is astounding. This Nordic opera house certainly matches its Australian counterpart. Each of the 36.000 marble blocks comprising the 18,000 m2 rooftop plaza were cut to individual dimensions with great precision. The blocks intersect at just the right spot. A warm, curved wooden interior offsets the building´s cold exterior.

Breaking with the traditional way of designing a temple of culture, the entire Norwegian Opera House can literally be walked on. The roof is slanted and gently slopes into the sea, open to the public 24/7, negating the notion that art and culture are reserved for the elite.

Snøhetta made sure that everyone can see the artists at work. The architects did not place the workshops and rehearsal spaces into the guts of the building. Normally private spaces lie along the Oslo Opera’s exterior and have large windows. Whether the artists are practicing their dance moves or crafting costumes, anyone at street level can see what is going on inside.

This is democratic design at its very finest. In winter, when snow falls onto the Opera’s roof, some daredevils have even been known to ski or snowboard towards the sea. In a humorous twist, a building has undoubtedly become the most popular urban tourist attraction in a country best known for its nature. 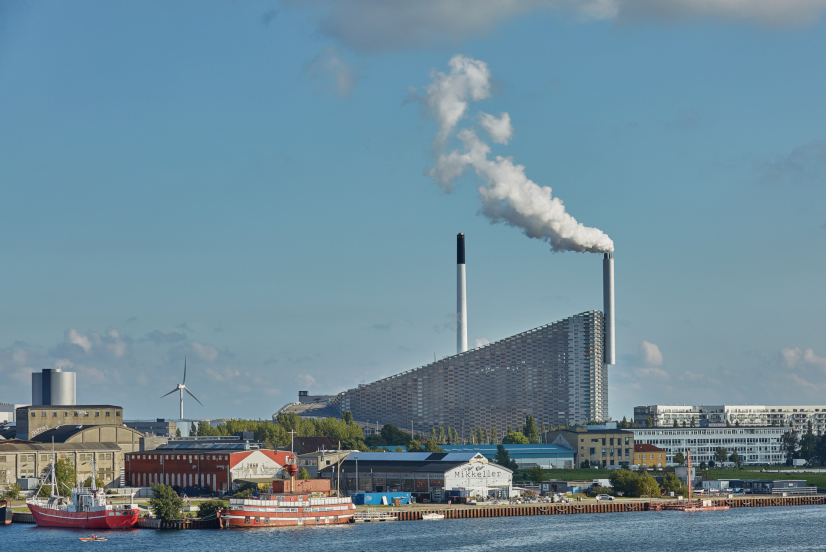 ONE MAN´S TRASH IS ANOTHER MAN´S TREASURE – AMAGER BAKKE

Speaking of buildings whose roofs one can ski on, Copenhagen’s newest power-plant / tourist attraction, the Copenhill / Amager Bakke, is the result of a truly wondrous idea.

Denmark is flat, you see, so those who love to ski have no choice but to build their own slopes. However, if you must build a trash incineration plant in the middle of a densely populated city, why not make it super sustainable, non-polluting and turn it into a wonderful, unique and inspiring public space?

Why not even a mountain? Danish superstars Bjarke Ingels Group did just that. The engineers invented a new type of plastic flooring so that visitors could ski year-round. With ski lifts on the roof and schnaps served in the on-site apres-ski bar, there is really nothing like it anywhere else in the world. 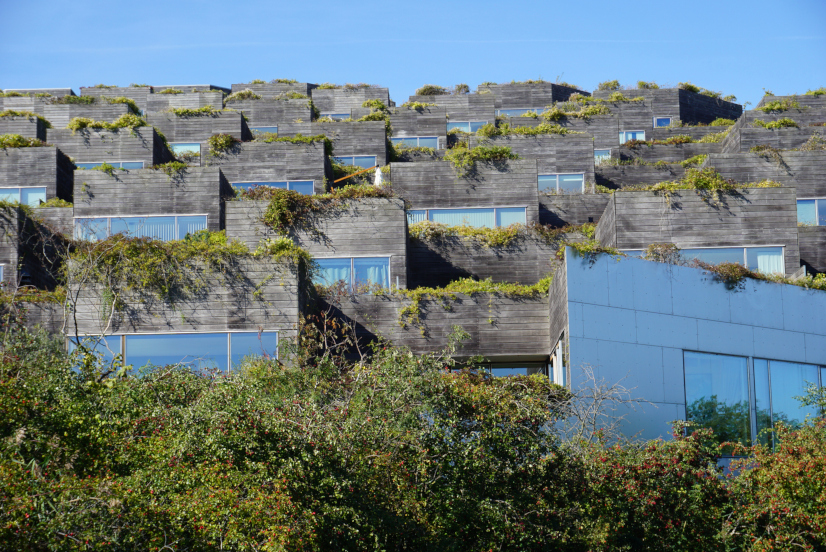 LIFE IS BETTER IN THE MOUNTAINS – MOUNTAIN DWELLINGS

Coincidentally, the new incineration plant wasn’t the first time BIG, Bjarke Ingels’ eponymous studio, built a mountain in Denmark. The founder´s light-hearted and at times whimsical approach to architecture is different from most. It allows the studio´s engineers to think up innovative and ground-breaking building designs. Above all, BIG always keeps the environmental impact and user satisfaction in mind.

In the early 2000s BIG built the Mountain Dwellings. This charming building is a refreshing take on housing. It lies south of central Copenhagen in the Ørestad area, which is home to numerous examples of unusual Nordic modern architecture.

It stands to reason that many apartments require a lot of parking space. To accomodate this need, BIG decided to completely slant this building. The parking lot lies underneath terraced housing units, instead of becoming a separate parking block next to the apartments. This approach has created an unusual, symbiotic building.

The terraces provide the residents with privacy and great natural light. There is nothing blocking their view. Witilly, instead of an elevator in the parking lot, there is a funicular. It moves residents between the parking decks and housing floors. An image of Mount Everest clads the rear of the building, lest it be forgotten that this is indeed – a mountain. 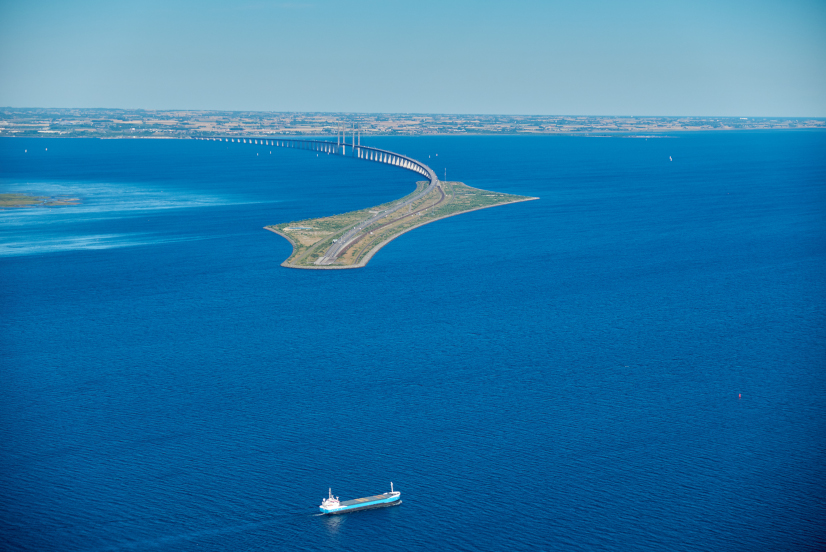 A SUNKEN BRIDGE BETWEEN TWO COUNTRIES – THE ØRESUND BRIDGE

The crown jewel in Scandinavia´s engineering crown must surely be 16 kilometre-long connection between two important metropolitan regions – Denmark´s capital Copenhagen and Sweden´s third largest city, Malmö. The Øresund Bridge opened to the public in the year 2000. It is Europe´s longest combined railway and motorway line, with a train line on the lower deck and a road on the upper deck.

The link crosses the Øresund Strait in an unorthodox way. More precisely, it is part overground bridge, part undersea tunnel. An 8-kilometre bridge spans the distance between Denmark´s Amager island in the south of Copenhagen to the crossover point on the artificial island Peberholm, which lies in the middle of the strait. Constructed specifically for this purpose in the late 1990s by reusing the material that was extracted from the seabed to make way for the tunnel and pylons, it has since become wildlife haven. Here, the bridge submerges and transforms into an underwater tunnel.

The link across the Øresund Strait was built for a variety of reasons:

Travel time between Malmö and Copenhagen is now a mere 35 minutes by train, crossing the bridge by car will only set you back 10 minutes. 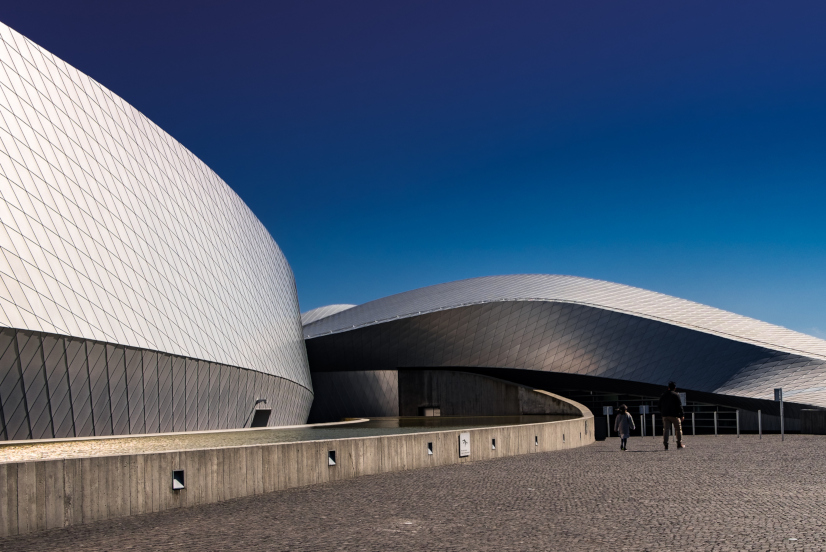 In conclusion, these are some of the many ground-breaking and sustainabe contemporary buildings in Scandinavia:

The list goes on and on, as Nordic designers, architects and engineers are truly prolific. It remains to be seen what other kind of wonders they will come up with, and how they will influence their global counterparts. With their ongoing dedication to sustainability, the protection of the environment and upholding the values of functionalist, good design, they continuously show the rest of us that even though the sky is the limit, they fly high in skies coloured by polar lights. 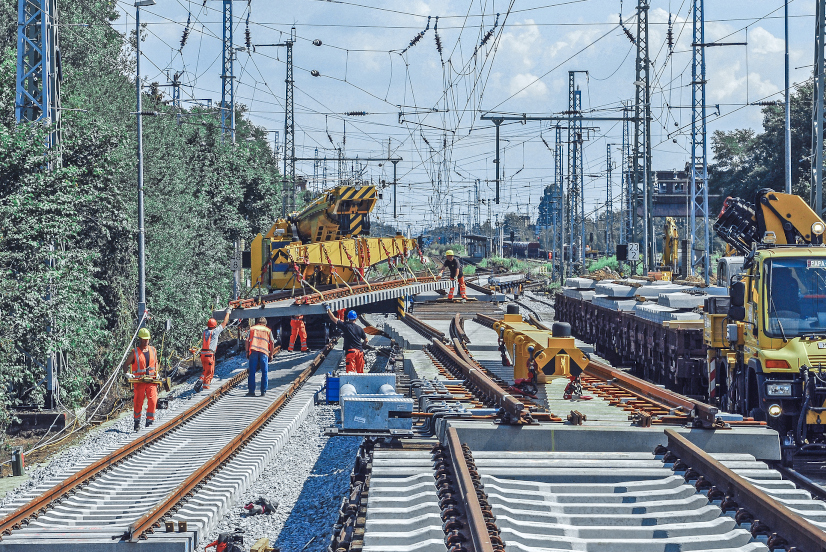 2020 UK Construction – Walking down the route of success

Based on facts and figures, the UK market has been on a state of constant bloom. The construction sector contributes to the UK economy with 7% of GDP (£110bn) annually, having the Central Government as...… 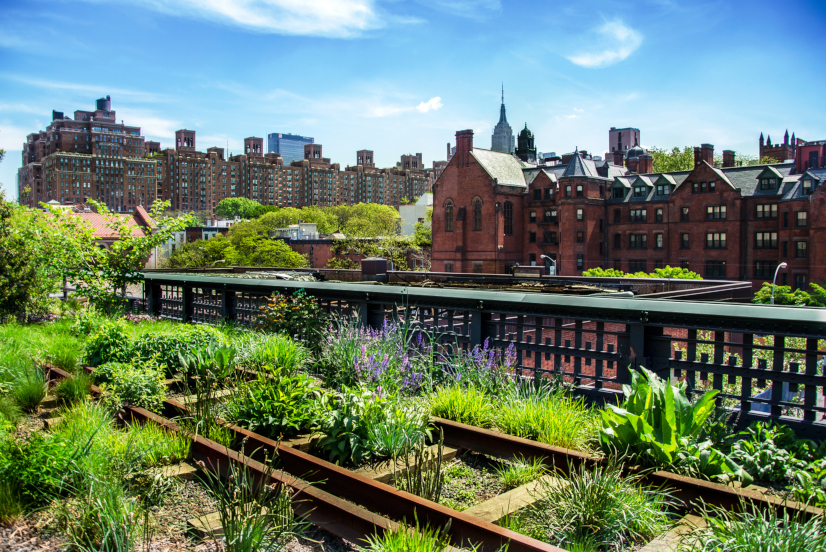 The Latin name that we have bestowed upon our species is “Homo sapiens”, meaning “wise human being”. Our persistent forefathers have been patiently conquering almost every square inch of the planet for millennia, all the...… 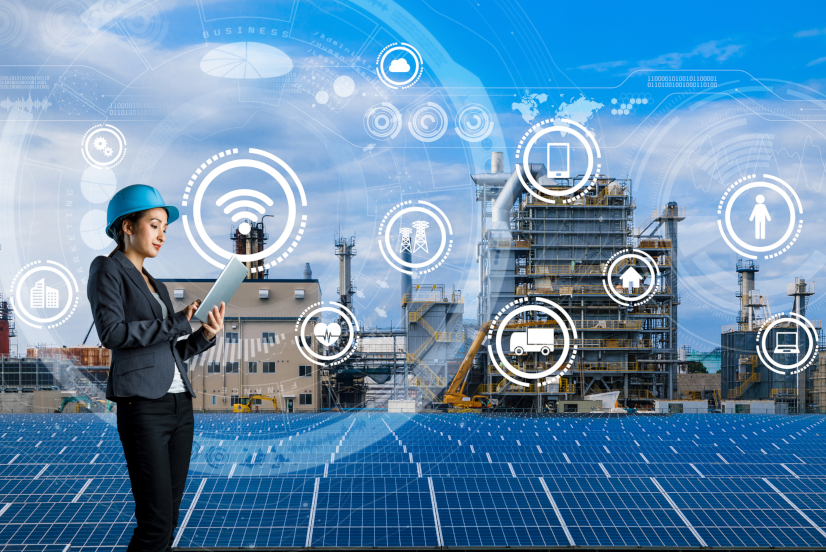 What is PropTech and what can it do for you?

If you work in real estate, property, or facilities management, you might have already used some kind of PropTech during your career. Whether it’s an app for contacting customers, a tool for reporting on issues...…