At first glance, it looks like the shell of any other half-finished building. But, on closer inspection, you see there are no bricks. Instead, layers of material are pasted on top of each other to create an intricate structure. This is the futuristic world of 3D printing in construction, where robotic arms automatically squeeze layers of cement, plastic or other material onto a foundation and ‘build’ a structure. 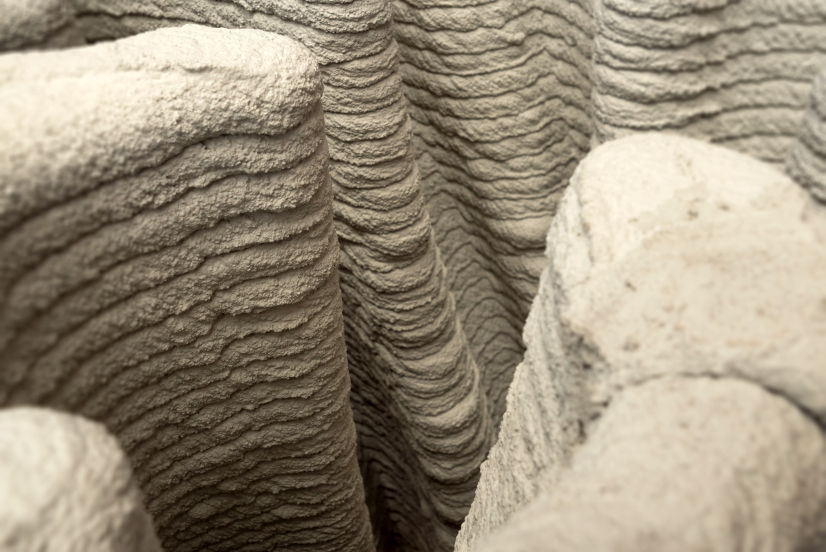 Right now, this approach to construction remains very niche – only a handful of 3D printed house and office prototypes exist around the world. Nevertheless, it represents an exciting and potentially profound change in how we build.

What is 3D printing in construction, where is the potential, and will you be working on 3D printed projects any time soon?

What is 3D printing in construction?

3D printing in construction can either involve the use of a 3D printer attached to an arm which actively builds a project on-site or the use of printers in a factory which create components of a building project that are assembled later.

As a concept, 3D printing is not new – it was first developed in the 1980s. However, only in the last decade has the technology improved enough (and the costs declined sufficiently) for it to become mainstream.

3D printers are not unlike your desktop inkjet printer. A software programme ‘tells’ the printer about the dimensions of the end product. The printer then injects material on a platform according to that plan. 3D printers often use liquid metals, plastics, cement and a variety of other materials which then cool or dry to form a structure.

For 3D printing in construction, a CAD or BIM programme ‘tells’ the 3D printer what it needs to print, and the machines then begin layering out levels of material according to the plan.

Learn more: 3D printing is one of a number of exciting innovations in construction to have emerged in the past decade

So far, only a handful of 3D printed projects completed in the construction sector. Here are three of the most promising examples:

In December 2019, 3D printing robot firm Apis Cor announced it had completed the world’s largest individual 3D printed building. The office block, built in the UAE, is 9.5 metres in height and has a floor area of 640 m2.

Apis Cor’s 3D printer was moved around the open-air site by a crane as it built different parts of the structure.

Another impressive 3D printed building in the UAE, the Office of the Future is a unique structure which is currently home (appropriately enough) to the emirate’s Future Foundation.

For this building, the printing itself was done offsite, with all the parts printed in 17 days. Workers installed the whole building in just 48 hours.

Chinese 3D printing firm WinSun also uses factory-based 3D printers to construct human dwellings. The firm has created a handful of home designs, including a small apartment block. The design’s users can quickly and cheaply print the parts before installing them on-site.

The firm reckons that one of their five-story apartment blocks could cost as little as $161,000 to print.

3D printing in construction certainly seems exciting, but what are the benefits of this approach?

Proponents of 3D printed house and commercial office designs point to several benefits of this approach:

In the UK, almost a third of the country’s waste is generated by the construction industry. While a good portion of this comes from demolition, building sites tend to be wasteful too. It is common to order more materials than are needed, which is expensive and inefficient.

By contrast, 3D printing has the potential to cut waste to almost zero. A 3D printer only uses the material required to print the structure – no more or less. This could translate into huge savings.

As with AI in construction, a 3D printer can work 24 hours per day, 7 days per week. This means construction projects could potentially be completed much faster, and some low skilled labour costs could be avoided.

One of the most appealing characteristics of 3D printers is their ability to create complex and unusual designs, including ‘one-offs’. Because 3D printers work by layering up material, they can be programmed to create unusual shapes which would be much harder to build using traditional techniques.

While 3D printing is certainly an appealing concept, it is important to pierce through some of the hype. Sceptics point out that there are several limitations to the technology:

Most building firms operate on relatively thin profit margins. The investment needed to use 3D printing designs on a widespread basis would be enormous.

3D printed houses, offices, shops or other structures are often impressive to look at. But, would most people really want to live or work in one? Many people remain culturally attached to buildings made from bricks. Other technologies such as prefabricated homes have also gathered attention in the past but failed to catch on despite often being cheaper than the existing norm.

3D printers are good at following unique and interesting designs. Nevertheless, if you want a building which incorporates a variety of media or which has various elements which don’t lend themselves to 3D printing, it would be hard to incorporate a 3D printer into the construction process.

There is now solid evidence showing that 3D printing is credible and applicable in the construction sector, and it is likely that the technology will start to be seen more and more in the industry in the coming years.

How far these machines end up being used on-site, or whether they remain largely a tool for pre-fabrication remains to be seen. But, for the right kind of project, it seems reasonable to expect 3D printers will join the arsenal of tools available to builders.

PlanRadar was founded in 2013 and provides innovative mobile-first software solutions to the construction and real estate industries. Our app is available on all iOS, Android and Windows devices and has helped more than 7,000 customers in over 44 countries to digitise their workflow. Learn more about the app here. 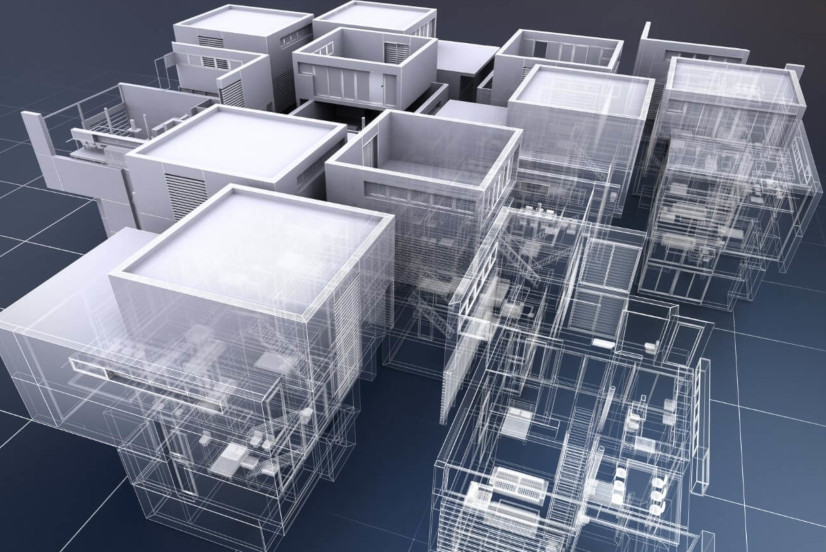 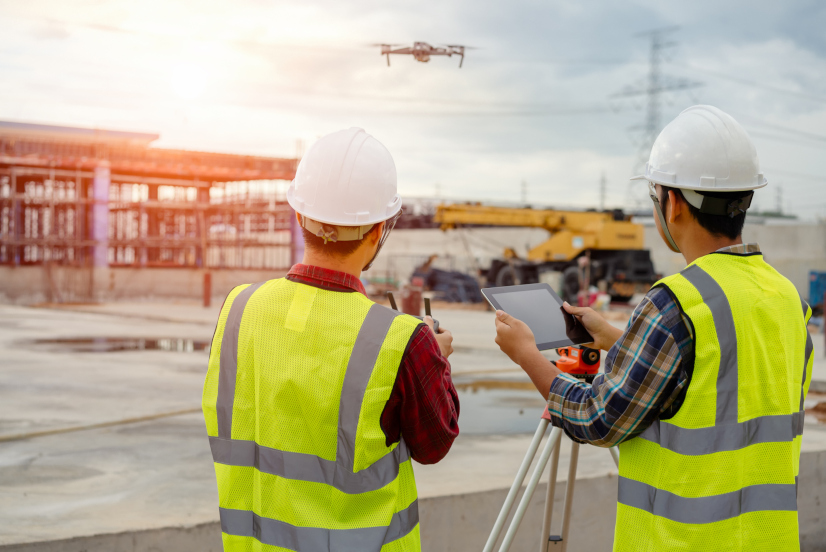 What is the potential for AI in construction?

A drone comes into view and hovers over your construction site. Moments later, the tablet you are holding lights up with several observations the drone has made: a labourer in section B is not wearing...… 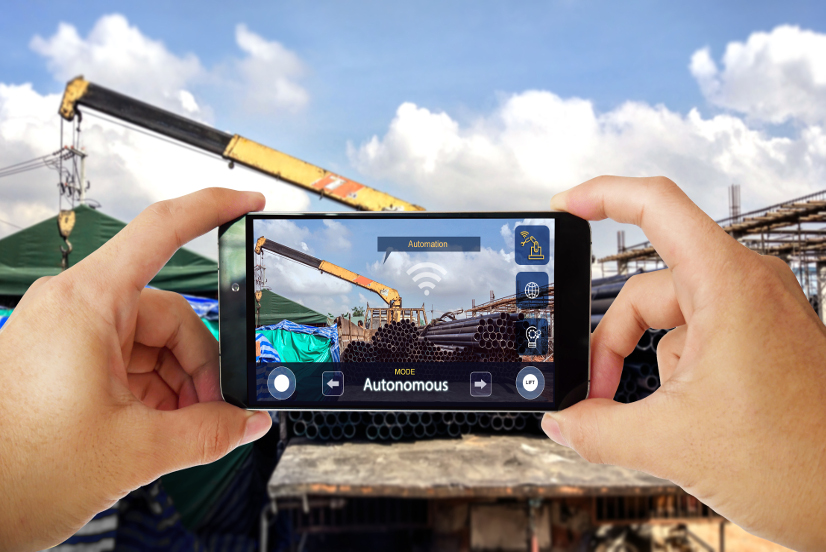 In a series of postcards drawn for the 1900 World Exhibition in Paris, illustrator Jean-Marc Côté imagined what the world would look like 100 years later. One innovation he imagined was the use of robotics...…