Property prices in Europe vary greatly from country to country. However, some real estate is far beyond the budget of most buyers. We are talking about properties that cost several millions and that only the richest of the rich can afford. These buildings either offer maximum comfort, carry historical significance, boast exceptional architecture, or all of the above. In this article, we take a look at the top 11 most expensive buildings in Europe and explain why the prices of these properties are so exorbitant.

Top 11 most expensive houses in Europe

The most expensive to build are undoubtedly large infrastructure projects such as railway stations, airports or metro networks. High-rise buildings, factories and military installations are also costly to construct. In this article, however, we focus on houses and flats that are not aimed at institutional investors but at individual residents. So we are discussing expensive mansions and penthouses and not entire flat complexes or high-rise buildings.

Furthermore, a high price does not necessarily mean that there are buyers willing to pay the price. The prices are set by the sellers and are based on their assessments. Below you will find a detailed overview of the 11 most expensive houses in Europe.

Homes of the Future

Homes of the Future 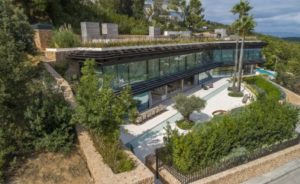 Villa Solitaire is a luxury residence designed by Italian architect Matteo Thun. The 2,300-square-metre mansion is located on a 4,250-square-metre plot in one of Spain’s most exclusive residential areas, near Son Vida, on the Mediterranean island of Mallorca. The mansion is currently for sale at the equivalent of a bit more than 65 million Euro. This makes Villa Solitaire currently the most expensive house for sale in all of Spain.

If you decide to buy this estate, you will enjoy seven bathrooms, seven bedrooms and a private infinity pool. The property is situated on the south side of a flat slope and offers a unique view. 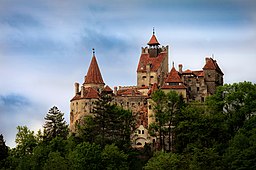 ​​Bran Castle, also known as Törzburg, is a 13th century medieval-style castle in Transylvania. Depending on the historical understanding, Bran Castle may have been the home of Prince Vlad III Drăculea, who is considered the inspiration for Bram Stoker’s novel, Dracula. Today, the Dracula Castle serves as a museum and is one of Romania’s most famous tourist attractions. Situated near the historic city of Brasov, Bran Castle and the surrounding area attract several hundred thousand visitors every year.

A few years ago, Dominic Habsburg, a successor of the Habsburg dynasty, offered to sell the castle to the Romanian state for 80 million euro, which the latter, however, refused. This puts Bran Castle among the most expensive properties in south-eastern Europe. 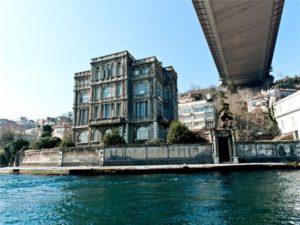 Photo – All My Faves

Zeki Pasa Waterfront Mansion is a 2,500 square metre building on the Bosphorus River in Istanbul. The mansion was built in the 19th century as a residence for Zeki Pasa, a field marshal who served the Ottoman Empire during the First World War.

Most recently, the Zeki Pasa Waterfront Mansion was listed for 150 million Euro, thus ranking as the most expensive house advertised for sale in Turkey. The palace was built in Bella Epoque style, includes four living rooms and 19 bedrooms on 5 floors. Situated directly on the Bosphorus, the property offers its residents a unique view over the river. 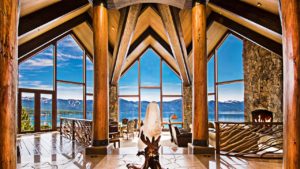 With a sales price of 179 million Euro, the Lonsdaleite Estate is the most expensive house in Switzerland. The luxurious ice palace is located in the ski resort of St. Moritz in the mountain canton of Graubünden. In the approximately 3,000-square-metre luxury palace, residents are pampered with a spa, a cinema, pools and jacuzzis on seven floors. The Lonsdaleite Estate stands on a high plateau and offers unique views over the snow-covered Engadin Valley.

The private property also includes its own resort, reception, a six-sided staircase, floor-to-ceiling windows and is considered an architectural masterpiece. 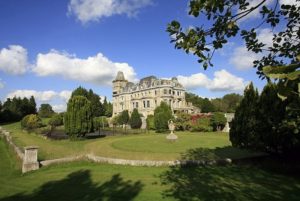 Hanley Mansion is a city palace in London. The property was built directly on the Thames River, at one of the finest locations in the centre of the British capital. Sir William Richardson had Hanley Mansion built in the 18th century and later sold it to Heiress Elizabeth Doughty. In the 19th century, the mansion went to Francis Cook, a 19th century clothing merchant and at the time the third-richest Englishman.

In total, the 194 million Euro property covers around 3500 square metres and is home to 10 bedrooms, a dining room for 200 guests, a car museum, a spa and a bowling alley. 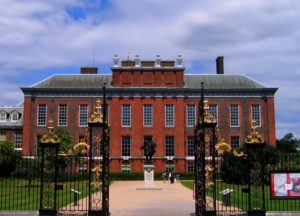 Kensington Palace is a building in London used by the British Royal Family. Sir George Coppin built the two-storey mansion in the early 17th century in the Jacobean style.

Some 90 years later, Kensington Palace was converted into a castle by the architect and astronomer Christopher Wren. For the Royal Family, Kensington Palace holds significance as, among other things, the birthplace of Queen Victoria, the residence of Lady Diana and the former home of Prince Harry and Meghan Markle. Parts of the estate have been open to the public since the property was completely renovated. After the renovation, the value is estimated at around 223 million Euro.

5. One Hyde Park Penthouse B 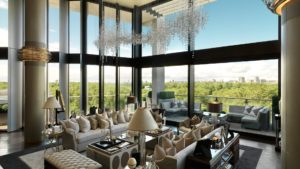 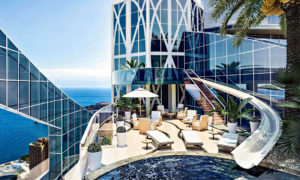 Built between 2009 and 2015, Tour Odéon is the tallest building in the Principality of Monaco. In addition to shops, flats and a vegetable garden, Tour Odéon is home to the world’s most expensive penthouse. The Sky Penthouse stretches from the 45th to the 49th floor of the skyscraper and covers around, 3300 square metres.

So far, no buyer has yet been found who is willing to pay the 375 million Euro demanded for the penthouse. So until further notice, the Sky Penthouse will be rented out. With 8 bedrooms, 3 of which are for staff, the penthouse, which sits 170 metres above the ground, nevertheless also offers its tenants the ultimate in luxury. 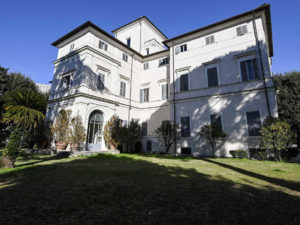 The Casino di Villa Boncompagni Ludovisi, or Villa Aurora for short, is a historic building in the Italian capital Rome. The villa was part of a large garden complex, but was destroyed by Savoyard troops in 1870. Numerous historical statues and paintings were demolished in the process. Most of the remaining art treasures were taken to museums. However, there are a few well-preserved artefacts in the Villa Aurora, including, for example, the famous ceiling fresco of the Aurora, which was painted by Guerciono in 1621.

Despite the historical and artistic importance of the building, no buyer could be found for the asking price of 400 million Euro, and the villa remains for sale. 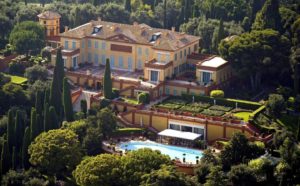 Villa Leopolda is a mansion built in 1902 in Villefranche-sur-Mer, Côte d’Azur, France. The mansion was commissioned by King Leopold II of Belgium for his mistress Caroline Lacroix Blanche Zélia Joséphine Delacroix, Baroness de Vaughan. It is constructed in the Belle Époque style and covers about 2,700 square metres (including pavilions and outbuildings). 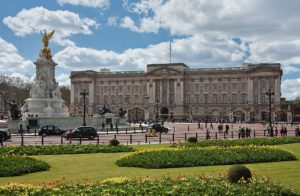 The seat of the English royal family is considered the most expensive house in Europe. The 77,000 square metre palace features 775 rooms, including 19 state flats, 52 bedrooms, 92 study rooms and 78 bathrooms. The lavish interior contains numerous antiques and art treasures.

This is how much the 11 most expensive houses in Europe cost: Overview

Below you will find a list of the most expensive houses in Europe.

If you are a builder or contractor running your own construction projects, you know the financial and time efforts that have to be made. The innovative PlanRadar software provides you with a valuable solution. PlanRadar assists you in working more efficiently, maintaining an overview and managing your real estate project smoothly. Try PlanRadar free for 30 days and handle the construction and management of your property effortlessly and digitally in every phase.