When you think about the best construction movies, what comes to mind?

The construction industry is a significant contributor to the economic growth of the United Kingdom. According to Statista, the total value added by the sector to Britain’s economy from the first quarter of 1997 to the first quarter of 2022 totals 35 billion GBP. The industry also employs over 2 million people. Considering how big the construction industry is, you’d expect to see as many movies with construction as its central theme as you would about doctors, police officers, secret agents, etc.

However, the construction industry is rarely represented in movies – and even then it’s often as a lazy stereotype. The absence of films about construction is even more saddening as builders construct most film sets. But thankfully, there are few films with construction themes.

This made our best construction movie list as its drama focuses on a tenacious piece of engineering – tunnels dug by Allied soldiers that help hundreds of prisoners escape a POW camp during World War II. The movie is much-loved in the UK, and iconic moments from the film have been referenced by several movies and TV shows.

While the action in The Great Escape is fictional, it’s based on a real-life event from the Second World War. During the escape, 76 prisoners out of a planned 220 managed to break out of Stalag Luft III, and 73 were recaptured.

Another film set during World War II, this movie follows how British POWs captured by the Japanese built a rial bridge over the Kwai River in Thailand. The plot is based on the construction of the Burma Railway, whose construction was so dangerous that it became nicknamed the Death Railway.

In the movie, Alec McGuinness plays a British commander who comes to see the railway bridge as his legacy, pushing his men beyond their limits. Meanwhile, the Allied Forces are scheming to destroy the bridge and prevent the Japanese army from extending their supply lines.

With 7 Oscars, if you haven’t seen it yet, you really should!

Moonlighting is the story of a Polish builder who arrives in London to lead a house renovation. The film is set in the early 1980s, during the Solidarity protests in Poland.

The lead character, Nowak, had to hide his three workers in the house because they had no work permits while he handled purchasing equipment and food. The movie depicts the hardships and limitations of working in a foreign country and the bleakness of an uncertain future.

This challenging film won Best Screenplay at the 1982 Cannes Film Festival and is rated 100% fresh on Rotten Tomatoes.

Die Hard (the 1988 movie) is not primarily a film about construction projects, but it does feature a real-life landmark in Century City, a compact commercial district around Fox Studios. The building is Fox Plaza, renamed Nakatomi Tower in the movie. Every inch of the building is used for dramatic effect during this thriller, especially the floors that are still under construction.

During filming, the unfinished floors and damaged parts of the structure were achieved using scale-model special effects. However, the building was so ingrained in the film’s plot that it shared the poster with the lead actor, Bruce Willis, with the strapline “40 stories of sheer adventure!”

Tom Hardy stars as the titular character Ivan Locke, a construction foreman. The night before a massive concrete pour which he was supposed to supervise in Birmingham, he embarks on a journey to London to witness the birth of his child.

While driving, Locke works out the logistics of the concrete pour, including getting permission and cooperation from the police to facilitate the road closure needed to allow over 225 concrete trucks to access the work site. During the whole film, the viewer only sees Hardy, with all conversations taking place on speakerphone while he’s driving. This really allows Hardy to show off his acting prowess.

In Multiplicity, a science fiction comedy, Michael Keaton stars as Doug Kinney. Doug is a busy construction worker with little time to spend with his family. As a result, Kinney teams up with Dr Leeds (Harris Yulin) to make clones of himself. The goal is to help him maintain a work-life balance, but with more and more clones to manage, Doug finds his life getting more complicated.

The Lego Movie may not entirely be a movie about construction workers, but the lead character worked at a building site before setting out on a quest to save the world. The film might not take place in our world, but we can certainly be inspired by the message – to be a master builder, you have to trust your creativity.

The Lego Movie’s construction site scene is also beautiful to watch, and you’ll enjoy every moment.

This TV documentary aired on Science and the Discovery Channel and was hosted by Danny Foster. The show explored some of the spectacular feats of engineering, featuring a construction project of a Freedom Ship over 1200 meters.

The documentary also showed the construction of a 14-kilometre-long Gibraltar Bridge. The TV series lasted nine seasons and later changed its name to Build It Bigger. So, if you want to see fascinating construction and engineering work, you can stream it on FUBO TV and Amazon TV.

This is another TV documentary that shows some of the biggest construction projects globally. Irrespective of where you are watching the series, you will be transported to fascinating construction sites. You’ll also see how some of the most ambitious projects started, from design to building.

This is one of the best documentary movies about construction. In it, Peter Weller takes viewers 5,000 years back to when the Great Pyramid located at Giza was constructed.

It is one of the construction wonders of the world and has withstood the test of time. So, if you want to know all about the pharaohs that designed the unprecedented structure, watch the documentary.

4. Five Master Houses of the World

Five Master Houses of the World is a five-part documentary film series about outstanding houses designed by the best architects in the world. While watching, you will follow Rax Rinnekangas as he learns about the best architects of the past century and their magnificent works.

5. Cities of the Underworld

If you prefer your construction to take place underground, look no further. Cities of the Underworld explores the subterranean architecture and culture of various cities. Covering ancient cities and modern-day metropolises, you’ll learn a lot about history, architecture and engineering in some of the most challenging environments.

The best construction movies – inspiring the next generation

Our list of best construction movies and documentaries is by no means exhaustive. However, it is an excellent place to start if you work in the industry and want to see films that highlight phenomenal structures, construction work, or workers. Whether it’s a realistic depiction or not, the presence of construction workers in movies helps to promote the industry to new eyes.

The construction industry will continue to evolve, and while you can’t control the accuracy of movies, you can have an input on how effective your construction team can be at job sites. And these days, that often requires construction management software like PlanRadar.

With our platform, you can track the progress of your projects, connect with your team, solve problems efficiently, and get high-quality results. Are you a leader in the construction industry and searching for ways to increase productivity and efficiency? Try PlanRadar for free today. 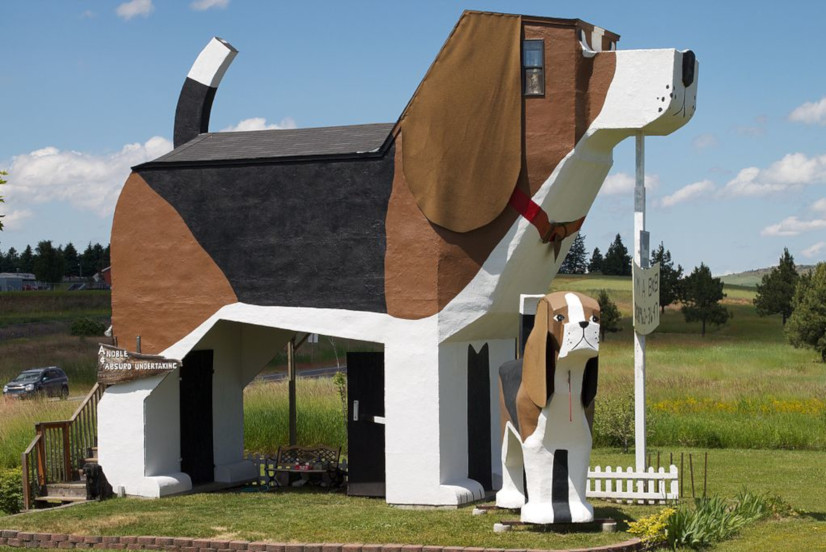 The 17 most unusual buildings in the world

These unusual buildings have to be seen to be believed. We have searched around the world for unique houses, crazy architecture and special buildings and found what we were looking for. From whimsical to psychedelic...… 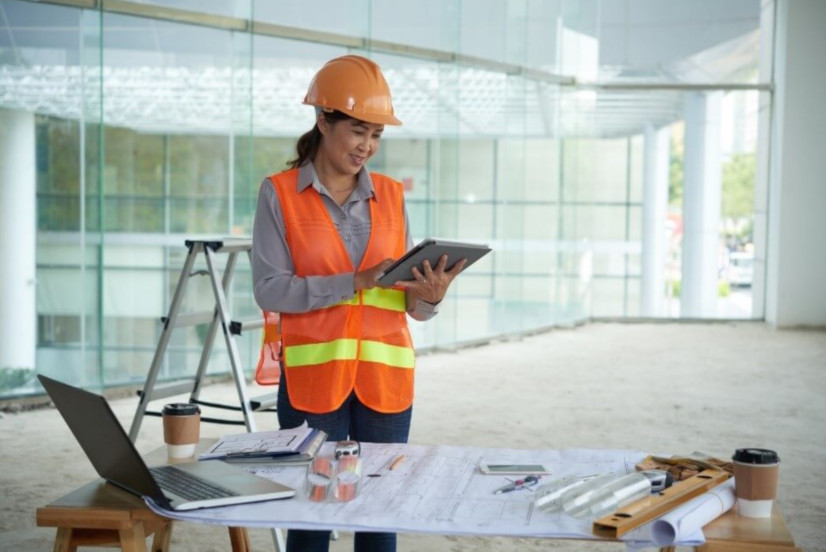 4 Questions you must answer before choosing your building software

Achieving success in a construction project depends on several factors such as the size of the project, commitment to the time plan, budget and client’s satisfaction. It is difficult to fulfill all parties’ needs in...… 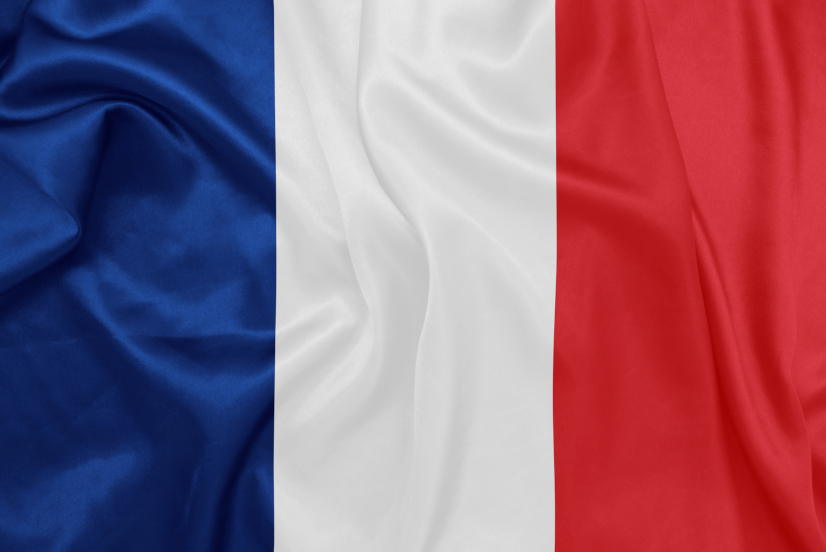 What´s next for construction in France?

The territory of today´s great nation of France has long been the epicentre of innovation in construction. Some of the world´s most famous testaments to engineering excellence sit on what is now French soil. The...…