What do you think happens to historic structures like decommissioned power stations and ancient Gothic-style buildings? Are these beautiful buildings demolished to make space for new ones? Not really. These buildings are renovated for adaptive reuse.

What is the adaptive reuse of buildings?

Adaptive reuse is the process by which historic structures are repurposed for different use. The goal of adaptive reuse is to merge the historically accurate nature of a once-underutilised or abandoned property with contemporary economic viability.

Why is adaptive reuse important? Can we just allow buildings to deteriorate and ultimately collapse over time?

What are the pros and cons of adaptive reuse? Are there any physical and legal restrictions?

What types of adaptive reuse are there?

Are there any already repurposed structures in the UK?

This article is a comprehensive guide on adaptive reuse – the practice of taking an existing building and adapting it for a different purpose. The process is much more environmentally friendly than building a new structure, but it’s not always easy to do!

Let’s get into it.

What Is Adaptive Reuse?

Adaptive reuse means turning an existing building into a new place serving another purpose. It takes several forms, from serving architectural heritage to utilising uninhabited buildings for useful functions. According to real estate professionals, 90% of buildings will be renovated in the next 10 years for adaptive reuse.

Adapting a building for a different purpose can occur when it becomes outdated. It breathes new life to historical buildings or vacant commercial property after a business has moved to another place.

Reusing existing architecture is faster, cost-saving, and more sustainable than constructing new buildings. It adds a cutting-edge new consumer appeal to a historical site centred on technology, entertainment, and lifestyle.

Although adaptive reuse is often related to historic buildings, it can be used to add life to any underutilised, abandoned, or vacant buildings to increase their lifespan.

The Architecture of the Future

The Architecture of the Future

Why Is Adaptive Reuse Important?

Adaptive reuse of buildings is an attempt to save buildings and already existing resources. It allows creative minds to search for not-so-obvious ways of recycling and repurposing existing structures in modern ways. Paris, London, and Amsterdam are some of the many cities that have preserved their historic facades.

Many cultural landmarks are often demolished to make room for newer, better buildings, against public cultural sentiments. Repurposing historic buildings for modern use an architecture that would otherwise decay.

Adaptive reuse initiatives have a higher chance of success since they are both economically and environmentally viable, creating new jobs and services for the community while reducing their carbon footprint. Reusing old buildings can significantly improve urban living conditions, especially in transportation centres where access is convenient.

Unlike other new developments, reuse and infill projects frequently take less time to bring new products to market because they involve developing land in existing redevelopment zones or reusing existing structures that require little entitlement work. As a result, the entire construction schedule is likewise decreased, and project time efficiency is typically thought to increase ROI.

Pros and Cons of Adaptive Reuse

Let’s talk about the pros and cons of adaptive reuse:

Urban communities, as well as real estate investors and developers, can profit greatly from the principles of adaptive reuse. Old manufacturing and storage buildings can be converted into stylish, in-demand creative office spaces with an industrial character, highly appealing to creative workers.

After the redevelopment is finished, the heritage, authenticity, and industrial look of such office space increase the property’s market value.

Adaptive reuse is a cost-effective method for utilising seemingly useless spaces in densely populated locations, such as old city centres and neighbouring districts.

Refurbishing existing building components as part of adaptive reuse is labour-intensive and uses fewer new building materials than buying and installing them.

The average cost of demolition can be between $4 to $8 per square foot. Due to severe building safety restrictions, swinging balls and other more effective demolition methods might not be allowed in some metropolitan locations. Buildings must be torn down in these situations, which can be costly and time-consuming.

Renovating an existing building takes less time than building one with the same floor space from scratch. An important benefit of remodelling an existing structure is that a renovated area of the structure can be occupied before the entire project is finished. Private developers benefit greatly from this since it maintains cash flow while the remaining portions of the project are being built.

Reusing an existing structure can save money that can be invested in highly effective, environmentally friendly HVAC systems that will also result in long-term operational cost reductions.

New construction could hurt the environment. Up to 80 tonnes of carbon dioxide might be released while constructing a two-bedroom home. In addition, the negative effects of a new building’s construction process on climate change take 10 to 80 years to offset.

Multiple ways that adaptive reuse promotes energy efficiency. The carbon footprint of a building is increased by the energy needed to tear down an old structure and then rebuild it using new materials. Additionally, waste produced by the outdated constructions is disposed of at landfills.

Older structures built before modern climate control systems are frequently naturally sustainable. For instance, they used thick walls and awnings to regulate the temperature and took advantage of huge windows and high ceilings to let in natural light.

Adaptive reuse and urban infill projects may provide several hurdles to investors or developers, despite opening up exciting new redevelopment options. This can bring about dramatic beneficial changes in city planning and promote economic and environmental sustainability.

At different stages of project development, delays and disruptions could be brought on by city planning and zoning laws, the potential historical significance of specific properties, constantly changing rules regarding the use of specific construction materials, safety rules, and lingering project feasibility issues.

Renovations in some locations, like Portland, sometimes require complex seismic upgrades and other pricey enhancements. Such requirements may offset a building’s potential for future profitability.

Older buildings can also pose serious hazards such as asbestos, lead paint, and mould. These issues, however, can usually be addressed during construction.

The current floor plan, column placement, and other structural components might not be appropriate for the new usage of the room. To meet the requirement within the available structure, compromises are unavoidable. Nevertheless, it might present a chance to make the most of the space and add value to it. It could be challenging to adhere to current building norms and laws while still taking care of conservation and planning considerations.

Any project converting dilapidated buildings into potential commercial sites must satisfy the market need for offices in the area. There are several types of adaptive reuse.

A structure’s form, integrity, and materials are maintained through historic preservation. This treatment focuses on minimally invasive mechanical, electrical, and plumbing (MEP) renovations rather than exterior expansions and modifications. It helps to create a feeling of place and continuity by preserving the historical, architectural, and aesthetic character and heritage of a community or location.

It is an urban design strategy that involves keeping a building’s outside while tearing down most of the interior to make way for a more contemporary building. The Collins Street bank’s relocated facade, located in front of a new campus building in the 1930s, is now known as the Old Commerce building at the University of Melbourne.

Integrating entails building around an existing structure and maintaining it while enclosing it inside a new structure. The transformation of Denmark’s Jaegersborg Water Tower into student accommodation by Dorte Mandrup serves as a dramatic illustration of integration.

Renovating a damaged, old, or broken-down structure is called renovation. Adaptive reuse denotes a change of use, whereas renovation is typically limited to fixing and repainting a structure while maintaining the building’s original purpose. The Chapel of the Hill in the UK serves as an illustration of renovation. The church, which sustained significant damage from the wind and rain, was renovated and turned into a lovely vacation home.

While most adaptive reuse projects concentrate on buildings, some of the most creative ones turn underused or old infrastructure into community amenities. Boston’s Rose Kennedy Greenway (the big dig) and Dallas’ Klyde Warren Park, both city parks constructed over submerged streets, are examples of adaptive reuse of infrastructure.

The following are some great examples of adaptive reuse of heritage sites.

The Tate Modern, a majestic former oil-fired power plant that reaches high into London’s skyline, today displays a diverse collection of contemporary art that dates from 1900 and on.

In addition to being the world’s most popular modern art museum, it has surpassed both the National Gallery and the British Museum in terms of tourist traffic in London. The gallery has welcomed more than 30 million visitors since its lauded 2000 debut. Its success is partially attributable to its location on the Thames Riverbanks, but it is also owing to the efficient utilisation of interior space.

The 3,400 square meters main Turbine Hall, which previously housed the primary electrical generators, was preserved in its original state and now serves as a gigantic exhibition for art exhibits that frequently call for audience participation and understanding of the area.

People’s views of art had evolved as a result of this room’s potential to be modified so successfully time and time again, which is undoubtedly much more than the architects had anticipated when they redesigned the space.

The Arnolfini began as a Victorian warehouse and is a superb example of careful adaptive reuse. After being used to store iron, tea, and other goods from Bristol’s maritime trade for a century, the structure was converted into a public art gallery in 1975.

The Arnolfini, the city’s first instance of the “Bristol Byzantine” architectural style that rose to prominence in the 1850s, is a Grade II listed structure. Therefore, any adaptive reuse had to adhere to strict guidelines. The outcome is an excellent use of both natural light and space.

2018 opening of Hong Kong’s new Tai Kwun (“Big Station”) centre breathes new life into 16 old police and courthouses as a 300,000-square-foot cultural complex. The location includes two modern structures in addition to 150-year-old buildings that are reminders of Hong Kong’s past as a British colony.

The beautiful JC Cube and JC Contemporary art galleries are encased in the original brickwork-inspired aluminium cladding. It highlights the continuity between old and new architecture. Visitors can now attend concerts and art exhibitions and drink cocktails in the jail where Ho Chi Minh was once imprisoned.

Many universities and colleges have purchased older Victorian and Gothic-style buildings because they have spacious rooms that can be used as lecture halls. Nottingham Trent University now resides in the former natural history museum in Nottingham’s Arkwright Building.

Other Examples of Adaptive Reuse

There are countless instances of reusing structures in adaptive ways.

Adaptive Reuse projects require planning, coordination, project estimation, and scheduling. Most projects have hidden costs and unforeseen problems, so planning for them early on will make the building process much more efficient.

PlanRadar offers total site management in a single platform, from a targeted evaluation to significant restoration.

We provide centralized coordination so you can communicate in real-time with your team. We work with clients to design communities and facilities that are high-performance, low-energy, and effective throughout all phases of their life cycles. 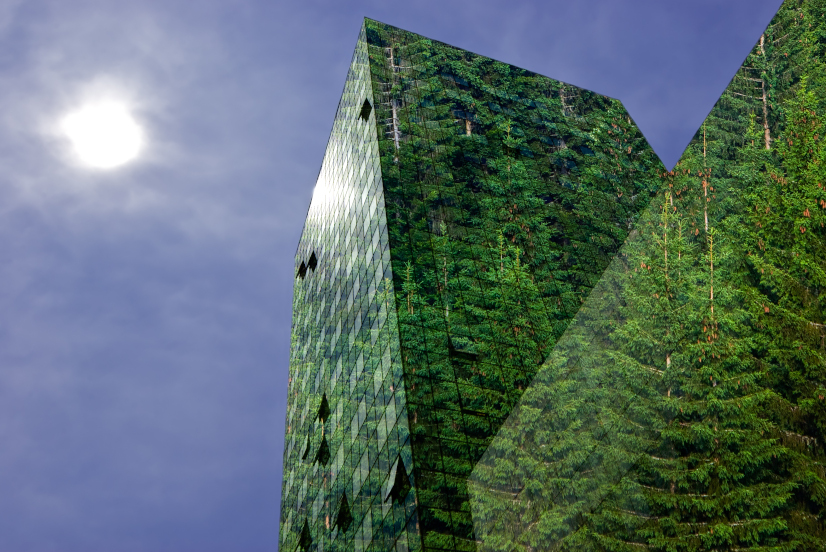 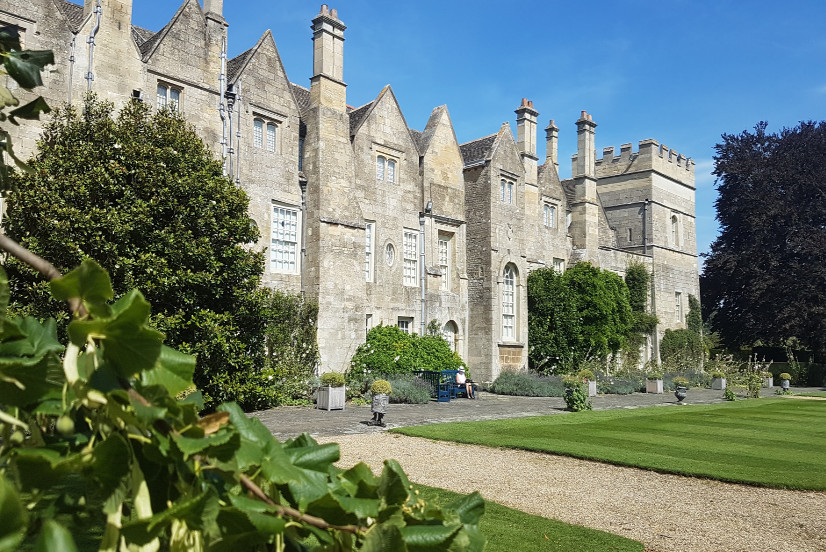 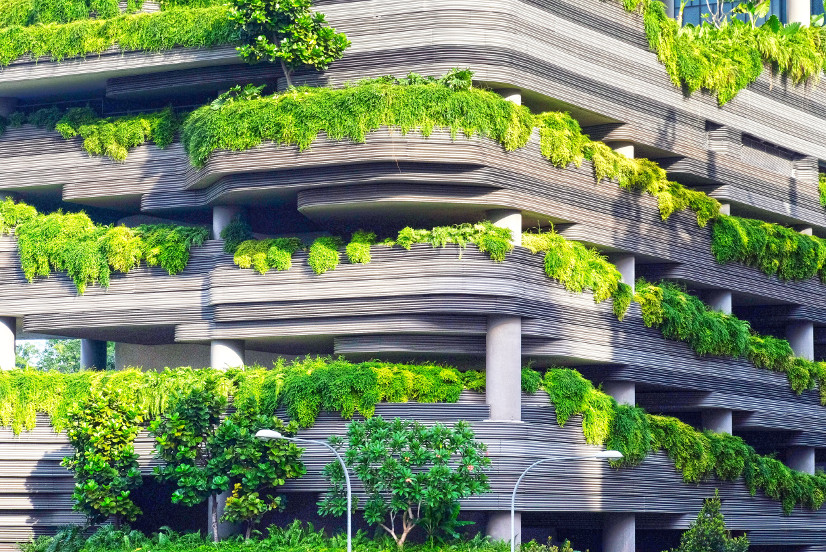 Ever more companies, cities and even nations are committing to deliver net zero buildings in an effort to tackle climate change. This is certainly welcome news for the planet, but what exactly are net zero...…