The UK government has recognised that major construction projects can act as “major catalysts for economic recovery and renewal.” And this renewal is more necessary to the economy now than ever.

In the early stages of the pandemic, the UK went through multiple lockdowns, and construction work was suspended to limit the spread of coronavirus. Meanwhile, limited availability of key building materials, along with geopolitical and economic risks, has pushed almost all major construction projects in the UK to go over budget and past their estimated completion dates.

Fortunately, the construction sector’s output is now back to pre-covid levels, with many new projects being initiated in 2022. Monthly construction output increased by 1.1% in volume terms in January 2022 — the highest level since September 2019. Much of this rebound is due to progress on a handful of megaprojects. What are the largest construction projects in the UK in 2022?

Have you ever heard of Blackwall Yard? It’s a proposed vibrant mixed-use development on the north bank of the Thames. We’ll finish this article with a handful of the most exciting major construction projects coming up in the next few years.

If you want answers to all these questions and a sneak peek into the major construction projects in the UK, read on.

4 Major Construction Projects in the UK, 2022

Let’s start with the four largest construction projects in the UK, 2022:

The journey from London to the North-West

High Speed 2 (HS2) Railway is the second most expensive infrastructure project in the world right now. It is being built from London to the North-West and will connect the biggest cities in Scotland with Manchester, Birmingham, and London.

The H2S is divided into three phases:

The construction of H2S commenced in September of 2020. The estimated costs of each phase are as follows:

All three phases are active, with Phase 1 leading the way in terms of progress. The 170 miles of new high-speed line is under construction between Crewe and London, with 25,000 people already working on the project.

As one of the biggest UK construction projects in 2022, H2S will create £15 billion annually in increased economic output. Phase 1 (London to Birmingham) is expected to be completed between 2029–2033.

Supporting the UK’s ambition to reach net-zero by 2050

Hinkley Point C (HPC) will be UK’s first-ever 3rd generation nuclear power plant. It is Europe’s biggest construction project — spanning 430 acres in total. According to EDF, the Hinkley Point C has over 22,000 people working on the project in Britain, with 922 apprentices trained to date.

Upon its completion, HPC will generate 7% of the UK’s total electricity supply. The two EPR reactors can generate 3,260MW of low-carbon electricity for 60 years. This whole project will provide carbon-free power to six million households across the UK.

The construction began in March 2017 and was expected to be completed by 2025. Unfortunately, HPC has been subject to several delays and budget overruns. Although site work continued even during the pandemic, global supply chain disruption, labour shortages, and inflation significantly impeded the progress.

As of June 2022, the Nuclear Island reactor building of Unit 1 has grown to 34m. The equipment hatch is also complete, with only one smaller ring left to fit.

The reactor vessel is due to leave the manufacturing plant towards the end of 2022 and will be fitted through the equipment hatch in the second half of 2023. The dome of Unit 1 is also complete and waiting to be installed.

The first reactor unit is now scheduled to start operating in June 2027, with an additional £3bn on the bill.

The Elizabeth line runs from Reading and Heathrow in the west through central tunnels across to Shenfield and Abbey Wood in the east. There are 41 stations in total — 10 new stations built for the central London section.

Twenty-six miles of new rail tunnel were bored under the streets of London to make the Elizabeth line a reality. Eight 1,000 tonne tunnelling machines were used to bore these 6.2m diameter rail tunnels under the city. Interestingly, the excavated material was used to create new nature reserves on Wallasea Island, Essex.

On Tuesday, 24 May 2022, the route between Paddington and Abbey Wood was opened to the public. More than one million passengers used the Elizabeth line in the first five days of operation. Nearly 200 million passengers will enjoy the Crossrail annually.

Crossrail will drastically reduce the travel time, making London more accessible for work. People from suburbs on the west to east will be able to reach central London in under 45 minutes.

Crossrail is a major construction project in the UK that will generate at least £42 billion for the UK economy. Businesses from all around the UK have benefited from work connected to the completion of the Elizabeth line.

Crossrail will be fully functional in May 2023. The lines will operate in three parts — from Heathrow and Reading to Paddington, from Abbey Wood to Paddington, and Shenfield to Liverpool Street.

The now decommissioned Battersea Power Station is being redeveloped as part of a seven-phased, £9bn worth redevelopment project.

The whole project is divided into three phases:

The second phase of the project is currently in progress. Battersea Power Station itself is being repurposed to house 254 apartments within and above the power station.

The old turbine halls will be repurposed into a 2000-capacity event venue, providing a full view of all four chimneys from inside. The North West chimney will feature an observation deck, enabling locals and tourists to experience a 360° view of London.

The Battersea Power Station Development Company has truly outdone themselves by transforming this rugged, industrial site into an elegant reinterpretation of a bygone era.

After completion of all three phases, the 42-acre brownfield site on the bank of the River Thames will feature 253 residential units, 250 shops, cafes and restaurants, 19 acres of public space, Apple’s London campus, and exceptional transport links.

Here are 5 major construction projects in the UK that will be completed in 2022:

The Biggest Construction Projects In The UK (Ongoing)

The following table lists the biggest construction projects that are ongoing in 2022 and are expected to be completed in the coming years:

Many new construction projects will be initiated in the UK in 2022. Here are a few of them:

Proposed Construction Projects In The UK

Some megaprojects are still in the approval stages. Here are a few proposed construction projects in the UK:

Major construction projects in the UK like Hinkley Point C, Crossrail, and High Speed 2 (HS2) Railway were delayed due to supply chain issues, labour shortages and inflation during the pandemic.

The Glenigan Construction Industry Forecast 2021-2023 predicted that construction output would return to pre-COVID levels by 2022 — and it has. Crossrail has already opened the central part of the Elizabeth line, and phase 2 of Battersea Power Station Redevelopment will also be open to the public in Summer 2022. There are many new ambitious projects in the pipeline too.

All these megaprojects require budgeting, real-time communication & collaboration, scheduling, project estimation, and site diaries. Is it possible to do all this without technology? Definitely not.

PlanRadar allows you to track the progress of your projects, connect with your team, conduct inspections or site audits and schedule project phases & tasks to oversee progress easily.

You can also centralise coordination of processes across projects, standardise tasks and processes, and manage all the documents in one place.

If you are in the construction industry and want to increase the productivity and efficiency of your team, try PlanRadar for free today. 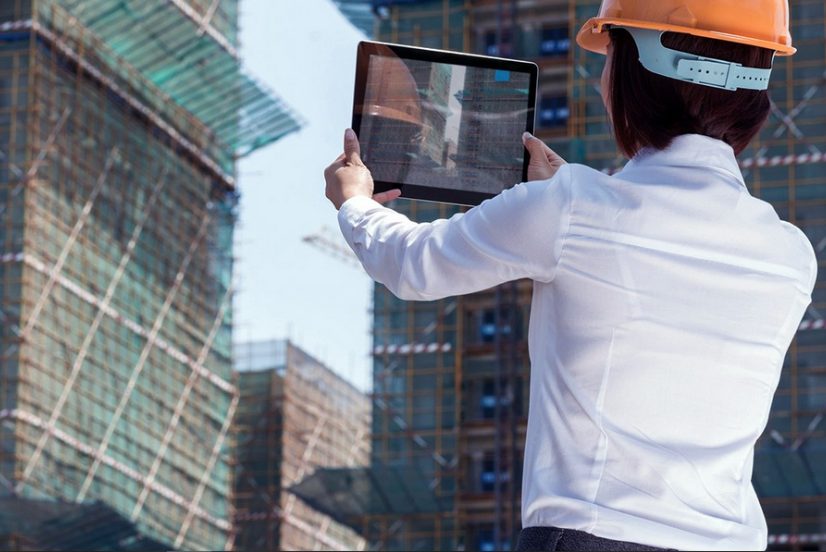 Is your team already using construction apps for iPhone and iPad? It’s now a fact of life: we all use our smartphones, tablets, and netbooks outside the office for work purposes. These electronic assistants make...… 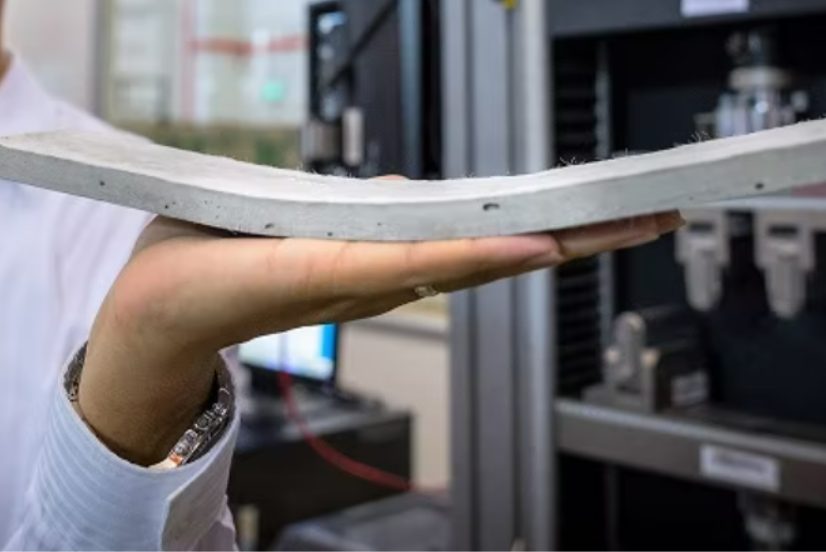 Ultra-modern building materials are changing the way construction is done. Today’s materials are environmentally friendly, reliable and durable, while airy and light-weight. Find out more in our list of 15+ innovative construction materials. 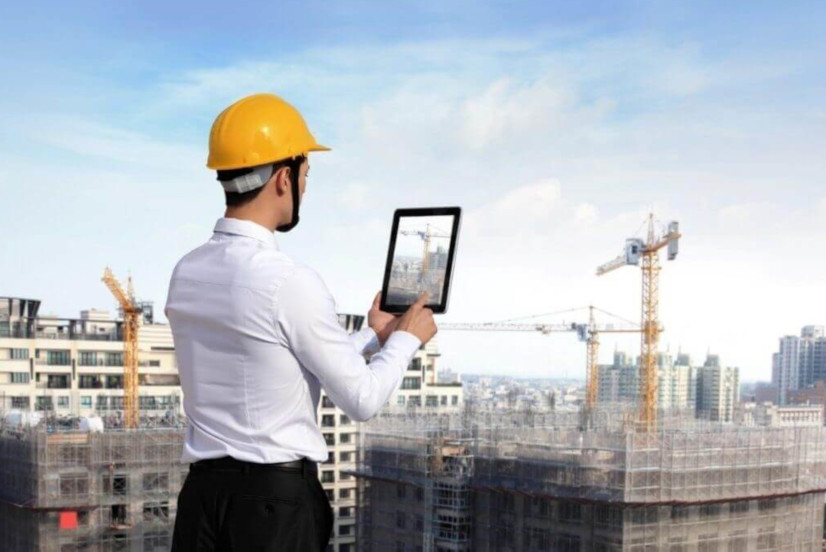 3 reasons construction administration should not be an afterthought

Construction administration is a useful technique for making projects run more smoothly. It requires the architect, who knows the building design best, to remain involved in the project even after they have finished their drawings....…